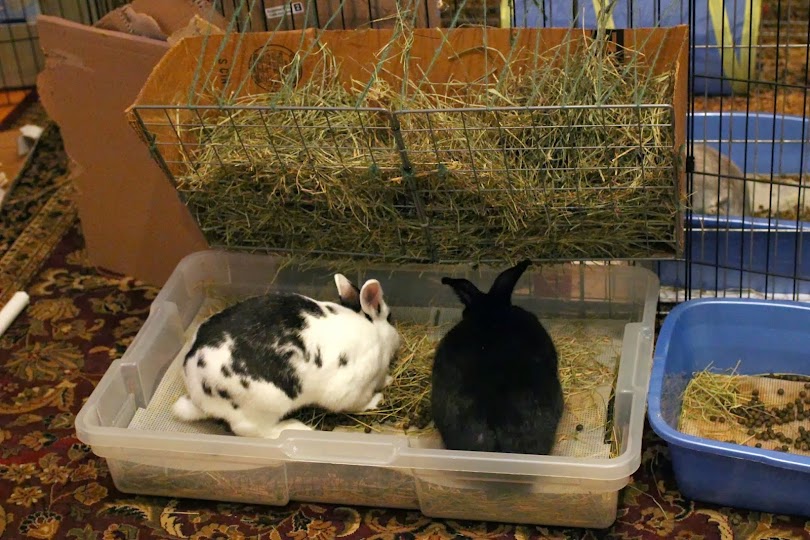 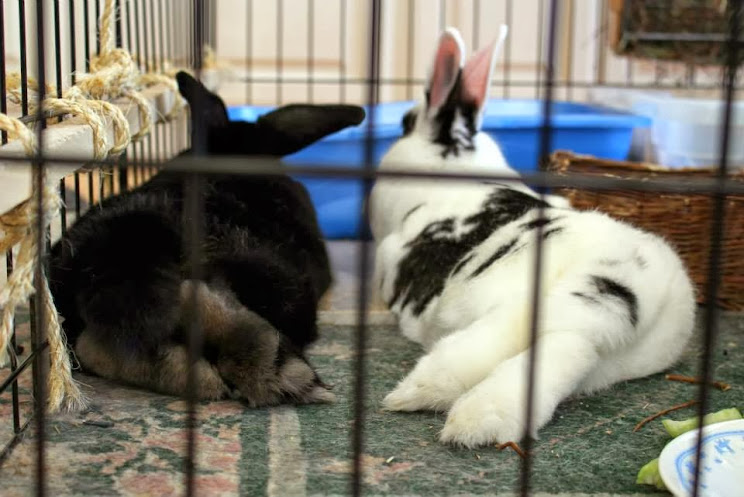 While some rabbit owners may choose to stop here, I was worried that my rabbits would get their toes and nails caught in the large holes in the wire. For their comfort, I decided to also add a layer of plastic canvas that I could empty out every day, so the entire box would only need to be changed once a week or less. Additionally, their poop would also quickly overflow the area underneath the grate when combined with the litter substrate before the litter was fully soaked. 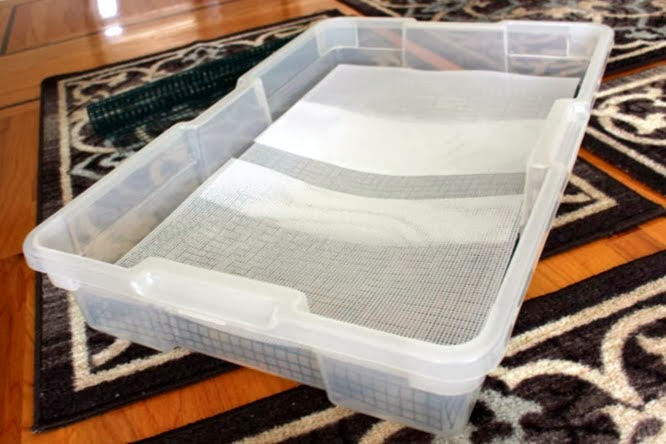 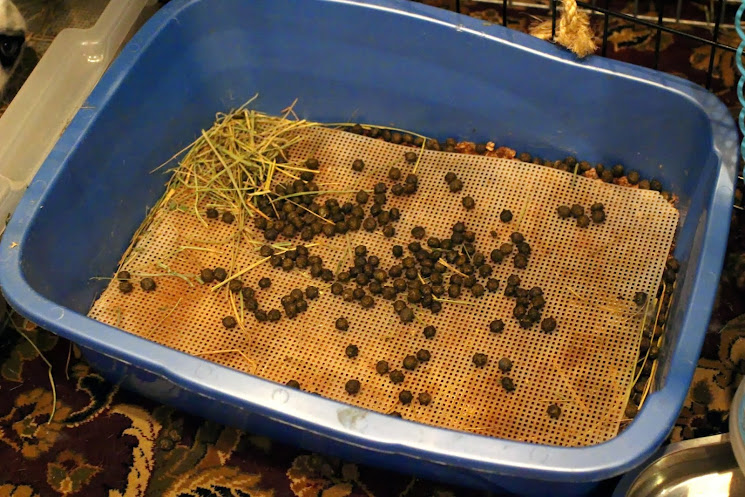 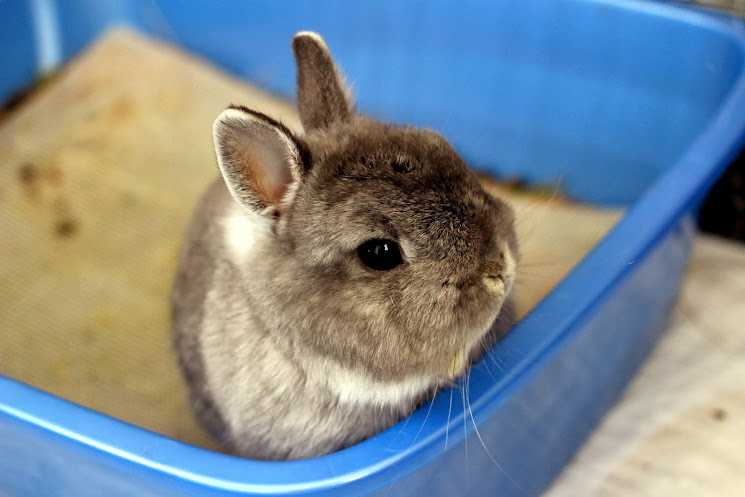