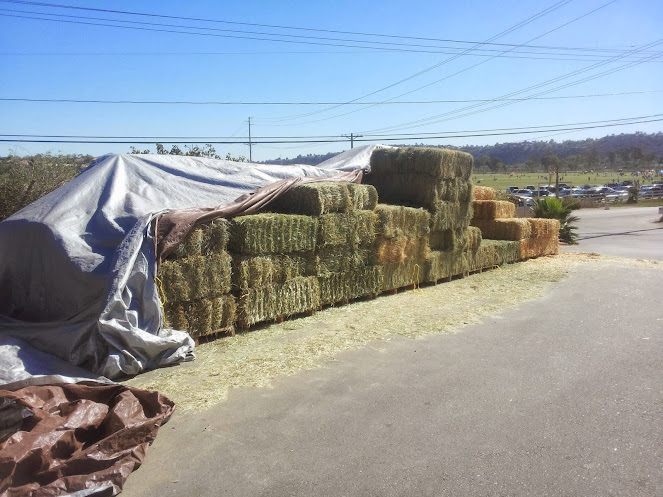 Yesterday, I visited Sam’s Downtown Feed & Pet Supply for my second bale since I moved back to NorCal. I bought a bale of their forage hay (oat, wheat, and barley) to mix it up for the bunnies since they have only had orchard grass for the past year. 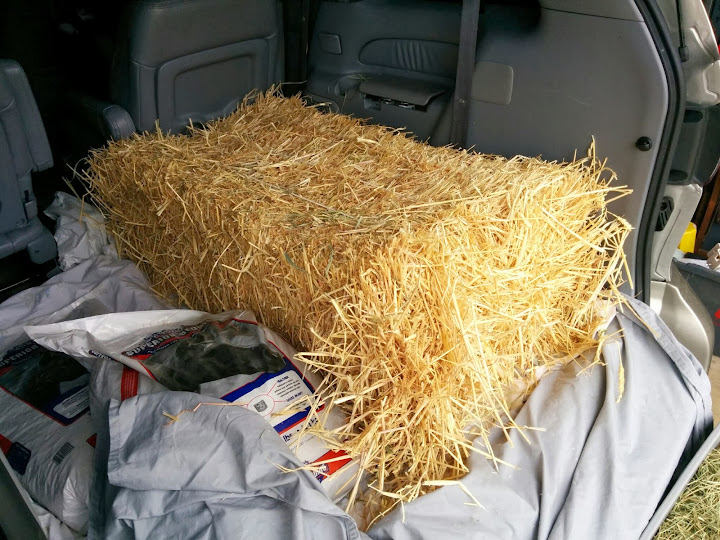 The rough dimensions of this bale was 44″L x 24″W x 17″H. My last orchard grass bale from Sam’s Downtown Feed was about 44″L x 22″W x 15″H. As a result, make sure that you have a car large enough to hold this bale of hay to take home! The Toyota Sienna fit it with no problems once I took out the last row of seats, as seen in the picture above. The other times, I used my Honda Fit which also fit the hay in the trunk comfortably with the back row flattened. 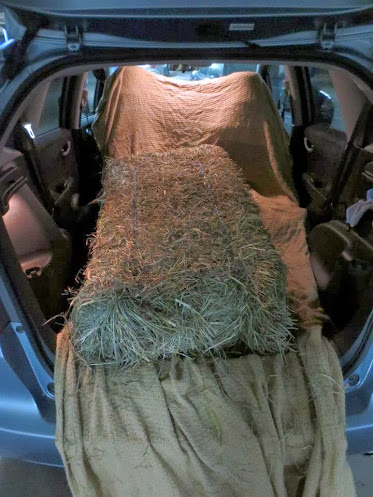 A bale of orchard grass from Mary's Tack & Feed in my Honda Fit.

A friend pointed out that the forage bale I bought looked a lot like straw which is not nutritious for rabbits and should not be a main source of feed — although it is perfectly fine as a bedding and also safe to eat. Thankfully, I was much assured after a closer look at the hay and researching more on the interwebs about the differences between straw and hay. 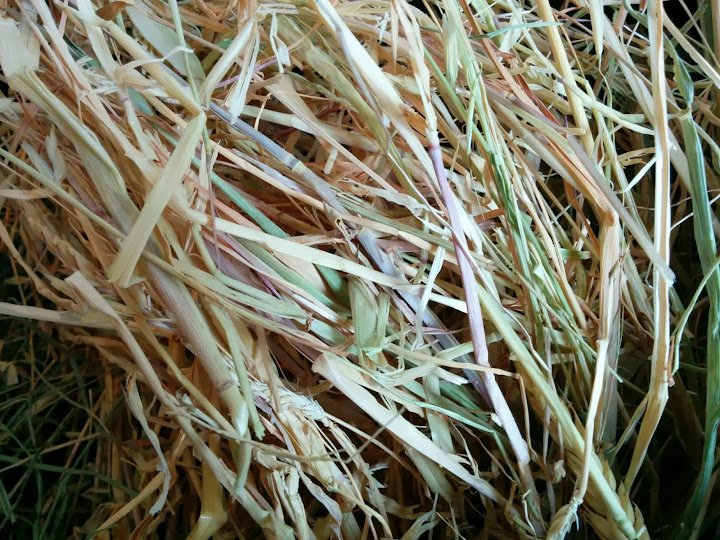 Closer look at the oat, wheat, and barley hay mixture

Apparently, straw is also a by-product from these grains (oat, wheat, and barley), but only after they have had all their seedheads harvested. Straw bales are often half to a third of the weight of a hay bale as they consist empty husks. Looking at the bale I bought, there was much more green than expected in a bale of straw and separating them into trash bags to store still resulted in very heavy bags, so I am pretty sure this is hay, not straw.

But anyways, the bunnies seem to enjoy eating their new grain hay and love finding the grain heads still attached to some of it. Their poop has also turned lighter and bigger, similar to when they were eating timothy hay, when compared to their orchard hay poops. Bunny owners should know how typical it is to analyze our rabbits’ poops for health. 🙂

To go on to the main point of this post, as stated in the title, here are a listing of farms and stores that I found online that are a sane drive from the Bay Area that sell single bales of hay for rabbit owners. You should also double check by calling to see if they have single bales of non-alfalfa hay before you visit. Hope this helps someone else feed their rabbits for cheap!

Please comment if you have found other good sources of hay bales in the Bay Area or more details about any of these companies so that I can expand my list!